Everybody agrees with the fact that no one plans to be broke or financially unstable. Now, things related to financial problems do happen, and that is beyond our control. It is also not a crime to be in financial difficulties. Financial issues are part and parcel of human life. Those who do get in financial difficulties are considered ambitious and also people who love taking risks. For you to succeed in anything, you must be able to risk; try something different, fail, try again until something comes out of it. It is unfortunate, though, because some of these over-ambitious plans might ditch us into a financial slump.

According to Sifinances.com, there are causes of financial problems:

Unfortunately, some of us have no control over how we spend our hard-earned money. As we speak, improper spending behavior has even been considered as a disorder. Impulse spending can also be called impulse buying, and this is a characteristic or behavior we people tend to spend without thinking. Anything that comes into the site will always spark off the desire to spend more on some unnecessary things. For example, there are those people who will start partying from the day they get a paycheck until the day they have run out of money. Some will buy luxuries and avoid dealing with those needs that matter first. That is impulse spending.

There are two things that you need to do to fix such behavior. The first one is to take your time as soon as you have a paycheck. Taking your time as soon as you land on some amount of money will give you enough time to reason logically and even peruse through those things that need to be catered for on a first-priority basis. It is vital to sleep over how you will spend your money. Secondly, avoid those scenes that would spark the desire to spend. For example, as soon as you land on a paycheck, make sure that you are nowhere near whatever makes you feel like you want to spend insensibly. That is the easiest way to tackle your impulse buying behavior.

Borrowing to cover for educational expenses

Did you know that almost every person who has gone through a university owes a lending institution about $20,000 each? Yes, that is the bitter reality. Unfortunately, not everyone can afford to pay for higher education, and that mere fact has forced them to borrow from various government lending institutions. In most cases, people will live with this debt for the rest of their lives. The saddest thing is that failure to pay will only attract penalties on top of the interest accrued by the end of schooling.

It is unfortunate that for young, ambitious, and vibrant young people, avoiding such a debt is not an option. Given the fact that you may not prevent this, the result will be nothing but debt and future financial problems. However, this can be avoided by ensuring that you start paying off the amount you owe as soon as you get out of school. If you comply with the need to pay in small amounts, then you will be out of danger associated with penalties and accrued interest. If possible, and if you can finance your higher education, it is very crucial to avoid such debts altogether.

An improper lifestyle characterizes the modern world. Most of those who have attained a certain level of satisfaction tend to forget the need to adopt a healthy lifestyle. As such, they will ignore the need to avoid risky behaviors such as smoking and alcohol use. The later may cause liver cirrhosis and lung cancer. What will that lead to? It will undoubtedly lead to unnecessary medical expenses. If you are not insured, you will be forced to dig into your pockets and even borrow an extra amount to cater for your treatment as far as lifestyle diseases are concerned.

To fix this issue, the best thing to do is simple; live a healthy lifestyle and nothing else. Living healthy is the basis of distancing yourself from financial problems in life. There are those people who have become successful because they adopted a healthy living. Your health is your commercial success.

Marital issues such as divorce

Did you know that divorcing could force you to surrender a part of your financial wealth? In most cases, part of a divorce settlement involved money. If your divorce settlement requires you to yield a considerable sum of money, you may undoubtedly land yourself into a financial problem. Such marital issue is unavoidable, especially when your partner opts out of marriage. However, everything has a solution.

The best way to handle such an issue is to ensure that you get the right attorney to a broker for the best financial settlement after a divorce. As divorce should not live you a miserable person but it should live you a happy and satisfied person. The best way out of such a financial problem is negotiation towards an accommodative commercial deal or settlement.

It is widespread to find organizations that decide to reduce the amount that each employee takes home. It is prevalent, also, in government-run institutions. The reason behind thins might be to promote organizational sustainability or even cut spending without sacking anyone. As for the government, the pay cut might be as a result of the revision of salaries and remuneration.

How can we fix this? Someone will say, “we cannot fix that,”; but we can fix it. The only way to avoid financial problems after such development is by adjusting your lifestyle, and your attitude towards the current situation. For instance, you might move to a less costly apartment or take public transport instead of fueling your car unnecessarily. 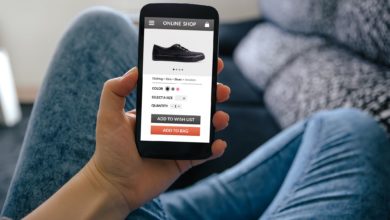 How to Shop Smartly Online and Save Money in 2022