With the constant onslaught of Hollywood blockbusters, it can be easy to overlook some smaller movie productions. However, despite lacking the usual flair of big releases, these films can offer a refreshing experience that’s hard to come by. Interesting plots, freedom of artistic expression, and clear artistic vision are what we can expect from smaller movies. With that said, we’ll dive into what ‘20 Minutes’ by Timothy A. Chey does that makes it a worthwhile watch.

‘20 Minutes’ is yet another movie directed by Timothy A. Chey, a renowned director and producer. He has been involved with various movies for a while now. Ever since the late 90s, Timothy A. Chey has been around to provide interesting releases which often had some form of message to them.

The recognizable detail about his movies is that they often carry religious themes, a few of those even being based on Christian figures and Bible stories. Even if not direct, these ties aim to elevate the movie through moral messages. Chey finds these messages important ones to send and they are often wrapped in very enjoyable stories.

With ‘20 Minutes’ Timothy A. Chey is bringing over yet another movie with an interesting premise and a pretty admirable execution. With all the available characters, the film provides quite a nice mix of perspectives on a terrifying situation that feels just a touch too real. We will get into it soon but it does bear mentioning that the movie has had some success on the scene already despite still not releasing globally.

The film has had showings at the Cannes Film Festival and its initial appearance was completely sold out. Enticing many people to take a peek at the movie early during one of the most prestigious festivals.

20 Minutes is an enthralling experience

Plot of the movie is rather basic, acting as an inciting motivator for character rather than a sole source of intrigue. Specifically, the plot is about the island of Hawaii being targeted by a ballistic missile that will hit in 20 minutes.

The story has twelve characters deal with this harrowing realization and try to deal with the reality as well as their personal qualms in that span of time. While ‘20 minutes’ focuses on these characters, it doesn’t forget to put forward a nice grasp of the world itself and the chaos that’s going on as soon as the news about the missile is announced.

With addition of the ballistic missile as the key concern for the characters, the movie does touch on very real fears of advanced weaponry being used. The constant threat and worry felt across the world is palpable and the movie shows the worst-case scenario.

When everything is put together, we get a film with quite a potent dose of reality and characters that really feel like real people with hopes, wishes, and regrets. The time the movie gives with each of them is enough to get a grasp on their personalities, building up on the inevitable climax. 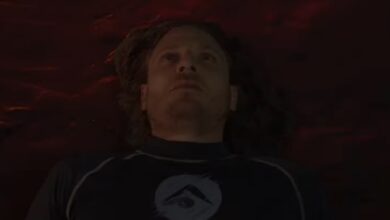