Among cannabinoids, compounds (molecules) belonging to the family of terpenophenolics, CBD or cannabidiol seems to be the most prominent one from the therapeutic point of view. This isn’t a miraculous product, although the exaggerated advertising of some marketers may lead people to think that. By itself it doesn’t cure all diseases and it’s not magical. However, it has a broad spectrum of indications where it can play a complementary role as an effective natural therapy with few or no side effects.

The effectiveness of the plant is explained by the existence of an “endocannabinoid system” in the human body. It consists of neurotransmitter substances – such as serotonin or anandamide – and their cellular receptors that regulate a variety of functions, such as sleep, appetite , pain or immune response. Therefore, CBD works with almost the same naturalness as a substance secreted by the body itself.

Today we’re here to teach you a couple of things about the significance of this oil and let you acknowledge some of its many benefits.

It helps with mental problems and symptoms

CBD inhibits the transmission of the nerve signal and modulates the action of several neurotransmitters. These properties explain one of the most popular uses of CBD: stress and depression relief. Its results are similar in efficacy to those of anti-anxiety medications or antidepressants, but without their side effects.

The benzodiazepines that are often prescribed against anxiety or panic attacks are addictive and other drugs often cause agitation, insomnia, reduced libido or headache. In contrast, with this liquid, side effects are rather rare. Maybe that’s why there are several precise indications for CBD in the areas of mental and emotional imbalances. One of them is epilepsy, as it has been shown to reduce the frequency and intensity of seizures.

Another indication is social phobia. A study published in 2017 by the University of São Paulo determined that CBD decreases anxiety in patients who feel disgusted or frightened in social situations, such as public speaking. In a study conducted at the University of Colorado , this oil was used with children to treat anxiety due to posttraumatic stress. A review published in the journal Schizophrenia Bulletin also suggests that CBD may have beneficial results in patients with early psychosis.

It relaxes you and help you fall asleep

CBD has a general calming effect and can induce some drowsiness. It’s definitely not the best resolution if you’re trying to be alert and awake, but people with sleep difficulties can benefit.

Studies have also found that this kind of substance helps people who fail to get adequate rest. It can lengthen sleep and improve its quality. This happens because the ability of the product to reduce stress and depression is rather useful for insomnia. Especially in larger doses, it has been shown that CBD improves sleep quality, as well as increases the total amount of sleep. It has also been mentioned it can be handy for people suffering from chronic pain who are trying to achieve better sleep and rest.

Many people use this oil to relieve chronic pain in diseases such as osteoarthritis, rheumatoid arthritis, cancer, multiple sclerosis or neuralgia, such as sciatica. An investigation with animals found that the application of gel with CBD in the joints was effective in treating the discomforts of arthritis. The authors believe that the effect can be extrapolated to people. To do this, it controls the receptors of the endocannabinoid system (ECS), which is responsible for sending and receiving pain signals. Scientists have observed that people who use CBD have a clinically significant reduction in their pain levels.

CBD has several beneficial effects for the heart and the circulatory system, being especially effective in helping to control high blood pressure. It was shown that even a single dose of 600 mg of the oil can significantly decrease it. CBD exerts a series of positive actions on the cardiovascular system that result in an ability to help prevent heart and brain attacks. Research with animals shows that the combination of relaxing, anti-inflammatory and antioxidant results helps protect the heart.

It’s a good alternative to analgesics

Because of the stigma associated with the marijuana or hemp plant, the CBD was a substance banned from athletes until last January, when the World Anti-Doping Agency decided to remove it from the list of banned substances. Since then, many elite athletes have found a natural, effective and less toxic alternative to analgesic drugs such as ibuprofen in it.

The analgesic properties are accompanied by an anti-inflammatory effect which might be valuable in cases of many disorders, such as renal fibrosis, metabolic syndrome, overweight, obesity and diabetes. All these indications have been presented in the latest editions of the Cannabinoid Research Society.

The anti-inflammatory properties are also helpful in facing a very common problem that’s quite difficult to combat: acne. Several studies indicate that it reduces the production of sebum, inflammatory cytokines and bacteria.

Alright, so if it’s so good – here’s how to use it

CBD oil is made by diluting the CBD extracted from the plant in another type of “regular” oils. This, for example, can be coconut, olive, sunflower or hemp oil. In addition to oil, this substance can be found in other shapes and forms: diluted in water, as capsules,  tinctures, sprays, and creams. It’s convenient that the dose is determined by a doctor with experience with these kinds of things, but in the case of practicing self-consumption, you can simply follow the manufacturer’s instructions.

Most experts recommend starting with a dose of 2.5 or 5 mg daily and increasing a little bit until the positive effects are perceived. People interested in testing the oil have a major obstacle: according to some studies, 69% of 84 products analyzed that are sold on the internet don’t contain the amount of CBD they say or don’t contain it at all. That is why it’s crucial to choose a product from a trusted manufacturer that doesn’t make exaggerated promises about its properties, like RoyalCBD. An essential requirement for the producer is to report the amount of CBD or cannabidiol in the product. In the case of oil, a 10% product is frequently offered, with 1000 mg of CBD or cannabidiol for every 10 ml of oil.

It is still necessary to know better the indications, the doses and the best routes of administration for each therapeutic or preventive objective. However, one thing is for sure – it’ll benefit your health more than many medicines often prescripted by doctors.

Can Taking CBD Get Me Fired from My Job? 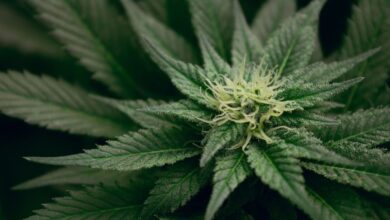 How CBD Works With The Body 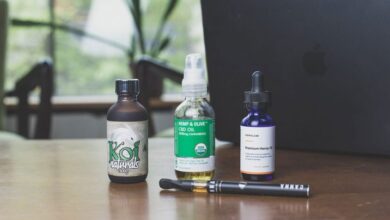